Skip to the beginning of the images gallery
Related Products
Details

The Blitzen, as a 24mm RTA, is designed to deliver massive vapor productions and to meet needs and preferences of each cloud chaser. The Blitzen produced by Geekvape features smooth and large side airflow slots for amazing vapor productions and 18mm postless build deck for easily building single and dual coils. The Geekvape Blitzen measures 24mm by 36mm, yet it can accommodate 5ml e-juice thanks to its spare bulb shape glass tube. This small device is furnished with several mouthpieces including 510 drip tip, 810 drip tip, and you can choose one of them to meet your needs.  At the bottom of the Blitzen, there is a positive pin for maximum conductivity. The RTA can make you have a smooth vaping experience when pairing it with Sigelei SNOWWOLF Xfeng Mod. The Geekvape Blitzen comes in five colors, such as Gun Metal, Blue Black, Stainless Steel, Rainbow. This RTA stands out among other similar products because of these amazing features and design. 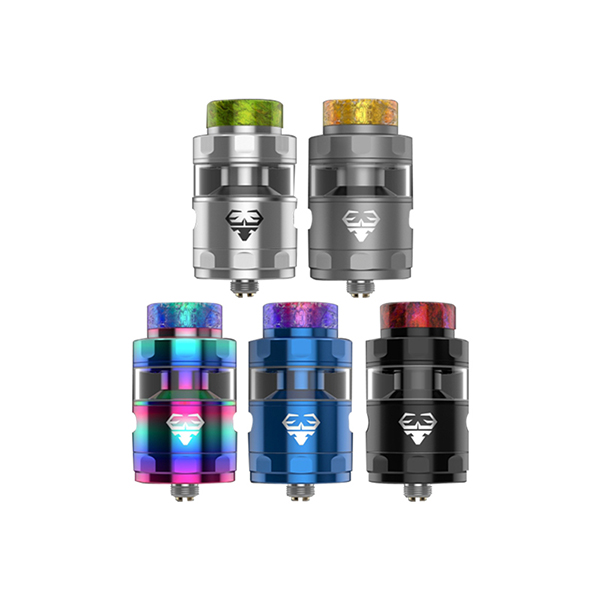 §   Smooth side airflow blows directly to the coils to provide full flavor.

§   Large airflow comes from the side directly in a shortest path to provide maximum vapor production.

§   Build deck is built into the base for convenient access. 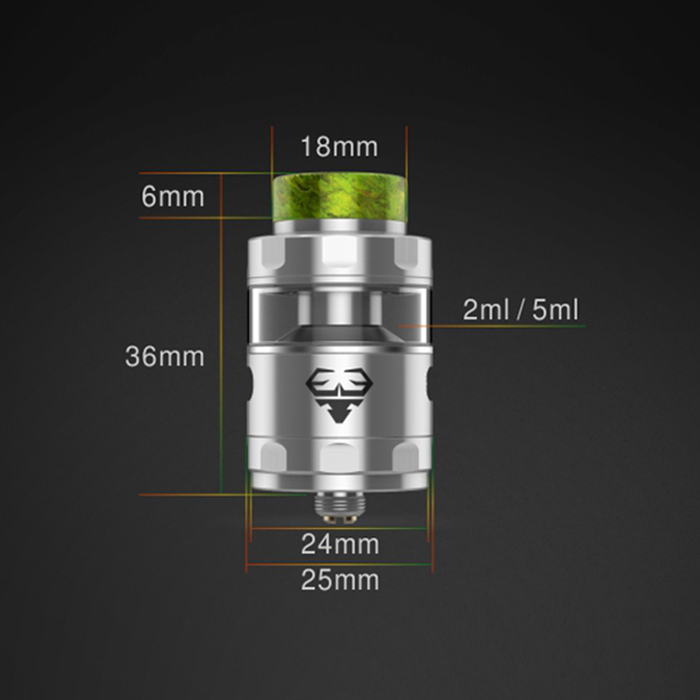 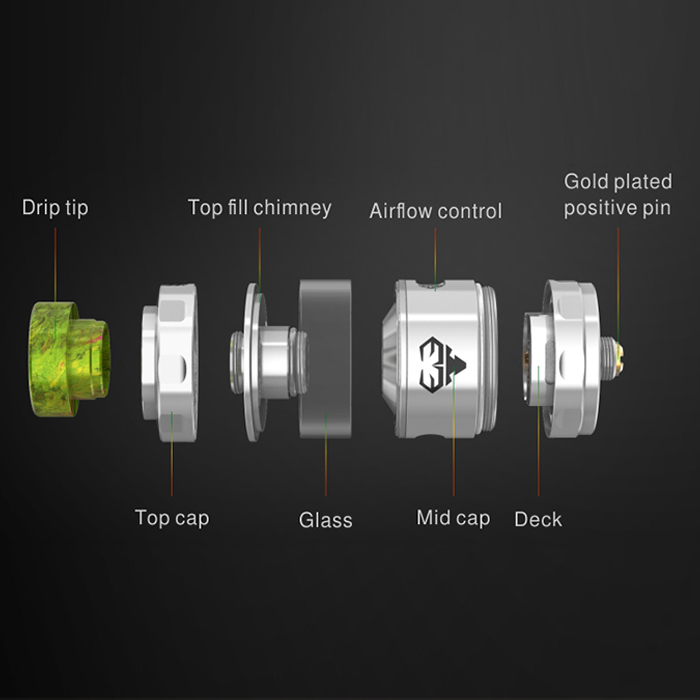 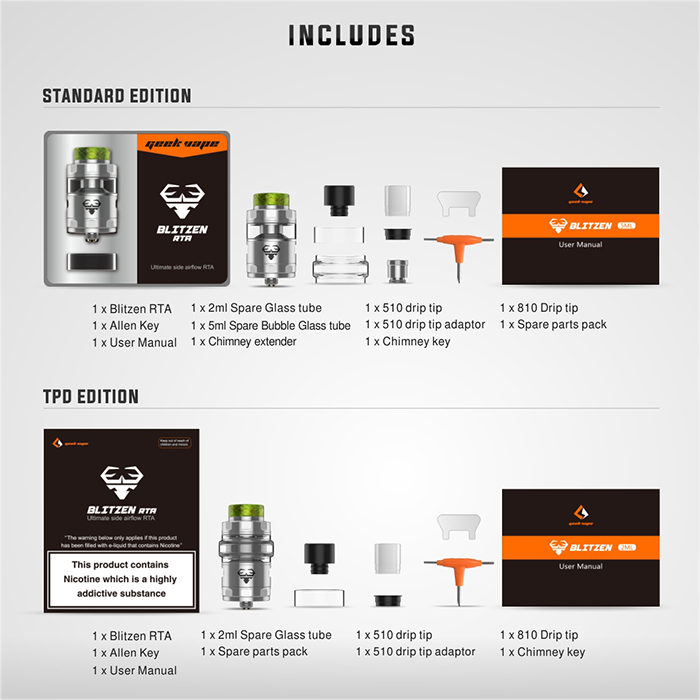 Reviews
Write Your Own Review